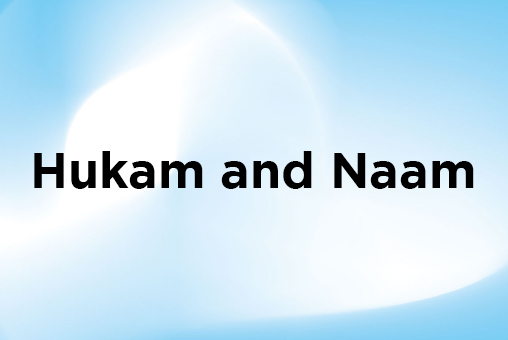 Hukam is the divine order or laws of nature under which the whole universe is being driven. Everything in the universe is orchestrated perfectly. There is a regulation at the micro and macro levels. Everything is connected in this universe. This universe is being operated by the interactions and dependency of the physical and nonphysical worlds. Science has been able to decipher Hukam and comprehend the operation of this universe to some extent. Based on the knowledge of Hukam, Science has been able to create new entities, but the new entities created by science have many flaws and do not equate to the creation of nature.

Science cannot decipher all mysteries of nature. Science cannot equate nature. With time we have witnessed many paradigm shift discoveries and have amazed us. Science can measure parameters in only some dimensions and only some units. Science makes use of senses to make observations, test the hypothesis and make analysis but our senses cannot comprehend all mysteries of nature. Universe has a much wide expanse and is not limited. The vastness of this universe cannot be measured by the tools of science. We have only 5 senses and with these senses, we cannot comprehend the Ultimate Truth. There is much more to what we can understand. The theories of science are challenged and can be changed. We understand only an iota of the realms of this universe. This universe is limitless and infinite.

Night and day are a part of Hukam. After a night there is a day and after day there is a night.  During the day there is a light and during the night it is dark. Similarly, happiness and sadness both are a part of life. After sadness, there will be happiness. Even happiness does not last forever. Nothing is permanent. Change is the law of nature. Every event in life is a learning experience so that we can become better and move towards our real purpose in life. The real purpose in life is to become like Divine. Everything happening in our life is teaching us to become virtuous and get rid of our vices. It is a Hukam. Hukam is evolving us. Evolution is a law of nature. Evolution is progressing us on the journey of life. Our destination is Naam.

Naam is the contemplation and comprehension of Hukam. Naam is the realization or understanding of Hukam.

Those who recognize the Lord’s Command never weep.

One who understands Hukam is never in pain.

One who understands the whole scheme or play can unfold the mysteries hidden in Hukam.

One who understands Hukam or attains Naam is very stable in their mind and has attained equipoise.

One who has attained Naam is always peaceful and is in a blissful state of mind. That is why Naam is also called Parmanand. Naam is obtained by the grace of Almighty. Naam is going on a very different journey away from the chaos/turmoil of our mind and this world. On this journey, one is peaceful and serene amid the fire of desires and impediments of life. On this path, there is a companion who is always giving company to the seeker of Ultimate truth in the form of High spirits. On this path, there is no wavering of faith. The path is steady and peaceful. On this path, one recognizes oneself and enshrines the divine light within oneself.

O my mind, you are the embodiment of the Divine Light – recognize your own origin.

This is treading the journey of Naam.

This Page Is Created For Informative Purposes And Is Opinion-Based. Our Intentions Are Not To Offend Or Upset Anyone. If You Believe This Is The Case, Please Share Your Feedback And/Or Suggestions By Emailing Us At [email protected] Thank You.
PrevPrevious articleSukhmani- The Jewel of Bliss
NextREINCARNATIONS OF OUR MINDNext 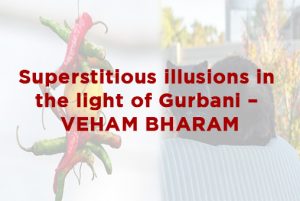 Superstitious illusions in the light of Gurbani – VEHAM BHARAM

ਨਿਰਮਲ ਬਾਣੀ ਭਰਮੁ ਚੁਕਾਇਆ।। When there is a high level of ignorance in the society then natural superstitious illusions are created in the society. Today, 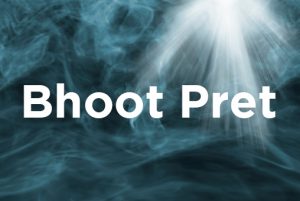 The truth of ghosts and phantoms on the criterion of Gurbani In the old days when there was no source of light. There was almost