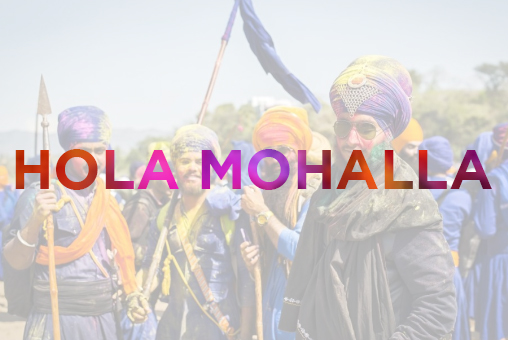 Hola Mohalla is a Sikh festival which is celebrated with great zeal and zest by the Sikh nation. Hola Mohalla is celebrated at the birth place of Khalsa, Takht Shri Anandpur Sahib with religious ceremonies. It was a tradition started by the tenth master Sahib Shri Gobind Singh ji Maharaj to instil courage and strength in the common people who were in low spirits at that time. Guru Sahib gave new form to the old festival of Holi to boost the morale of Sikh nation to fight against the atrocious rulers of that time and in 1701 the tradition of Hola Mohalla was established.

In this verse Guru Arjan Dev ji is reciting that after keeping the company of God conscious people I have developed the realization and love for Divine Naam. As I am in love with Lord now my mind is playing Holi of permanent colors that never fade. All my doubts, anguish and adversities have disappeared  and I am in total and eternal peace, bliss and gaiety. I am rejoicing and playing Holi in the eternal colors of the divine love.

In another verse Bhagat Ravi Das ji also describes the divine love as a permanent color which brightens his life permanently unlike other loves of this world that are ephemeral.

The festival of Hola Mohalla gives us a great message that we should all try to fill our lives with Divine love which is permanent and never changes and always gives eternal peace, bliss and equipoise unlike other loves of this world which are mere entanglements and give pain.

This Page Is Created For Informative Purposes And Is Opinion-Based. Our Intentions Are Not To Offend Or Upset Anyone. If You Believe This Is The Case, Please Share Your Feedback And/Or Suggestions By Emailing Us At [email protected] Thank You.
PrevPrevious articleWhy children do not listen to the parents?
NextA Tribute to Bhai Subeg Singh and Bhai Shahbaz SinghNext 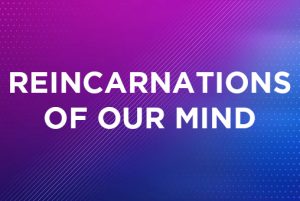 REINCARNATIONS OF OUR MIND

According to Satguru Sri Guru Granth Sahib Ji, Human mind reincarnates and goes through spiritual births and deaths many times a day. We can also 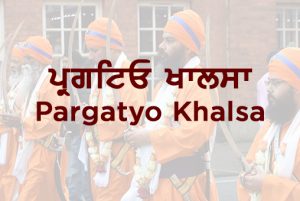