You must login to ask a question. 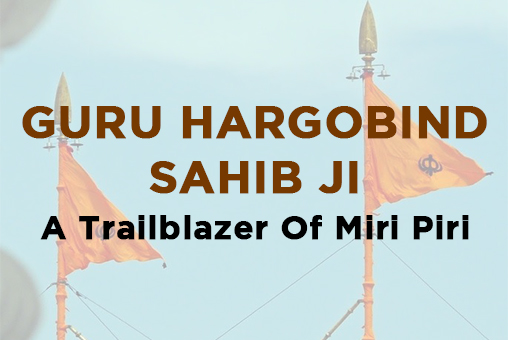 Guru Hargobind Sahib ji, the 6th Nanak changed the philosophy of the Sikh faith. He is the pioneer of the concept of Miri Piri and Sant Sipahi. Under his leadership Sikhism evolved and took different direction. He inspired the Sikhs to be victorious in both the inner and the outer world. He wanted his Sikhs to be physically strong to fight any kind of oppression while keeping their mind connected with Waheguru. He gave new dimensions to Sikhism.

Guru Hargobind Sahib ji took the physical form and started the journey of his earthly life on 19th June 1595 at Guru ki Wadali in district Amritsar. He was the only child of Guru Arjan Dev ji and Mata Ganga ji. Guru Arjan Dev ji wanted that Sikhs should be valorous enough to fight against the injustices of the atrocious rulers. He provided resources and facilities to Guru Hargobind Sahib ji so that he can hone his skills in the usage of weapons along with being spiritual at the same time. He wanted him to be brave enough to fight the battles of both inside and the outside world. He was given training in horse riding, weaponry, martial arts, politics, spirituality under the aegis of Baba Buddha ji.

Guru Hargobind Sahib ji was very handsome and had a charming and magnanimous personality. He was only 11 years old when he took over the dynamic leadership of Sikhs when his father Guru Arjan Dev ji was martyred in Lahore. Under his leadership the Sikh nation got transformed. Guru Hargobind Sahib ji brought a new chapter in the Sikh history. He inspired his Sikhs to be physically and mentally strong to fight the atrocities of Muslim rulers. He wanted his Sikhs to imbibe the character of Sant Sipahi and he wore two swords, one of Miri (temporal power) and other of Piri (spiritual power). He asked his Sikhs to practice weapons and acquire other skills along with doing Simran and held their head high and not to be afraid of anybody. He filled his Sikhs with vigor and showed them a new and pious way of life by adopting the character of Sant Sipahi.

Guru Sahib transformed the concept of guruship to kingship. He used to possess weapons, wear Kalgi and used to sit on the throne like other kings. He was a great advocate of justice and his Sikhs used to call him Sacha Patshah (the true Emperor).

Guru Sahib began the practice of singing nine Vaars (which are inscribed in Guru Granth Sahib ji) in the war like tunes to evoke war like spirit in his Sikhs. This is one of his many benevolences on the Sikh nation. Another major benefaction of Guru Sahib is the establishment of eternal Akal Takht in front of Darshani Deori of Shri Harmandir Sahib which represents the political center of Sikh nation when Harmandir Sahib is a religious center. Guru Sahib gave a new direction to Sikhism by introducing the concept of politics in the form of Akal Takht Sahib where all important matters and issues concerning Sikhism and Sikh people were discussed and actions were executed under the able leadership of Guru Sahib.

Guru Sahib was bringing reform in Punjab and the people of Punjab were having utmost respect for him. The establishment of Akal Takht to give justice to people and the accruing of weapons by Guru’s Sikhs was posing a threat to the muslim rulers. Jahangir, the muslim emperor of that era arrested Guru Sahib in the jail of Gwalior where already 52 Rajput Hindu kings were arrested. Wazir Khan, Sai Mia Mir and Nizamuddin Auliya were the muslims who had deep respect for Guru Sahib and did earnest and tireless efforts to get Guru Sahib free from the Gwalior jail. Eventually in 1612 Guru Sahib freed 52 Hindu rulers with himself and reached Amritsar on the day of Diwali. On that Diwali the whole Amritsar was adorned with lamps and lights and from that year the day of Diwali is remembered as Bandi Chhor Diwas in Sikh nation.

In his life time Guru Sahib fought four wars with Mughals and he was victorious in all four wars. In Gujarat Guru Sahib had a meeting with Pir Shah Daula and he was impressed with Guru ji’s splendour and his grace. He asked him four questions.

In the last years of his physical life he established the town of Kiratpur Sahib. He kept on spreading the message of Sikhi till his last breath. He kept on directing the misled people on the impeccable path shown by Guru Nanak Sahib. Sensing his nearing moments he passed the Guruship to his grandson Shri Har Rai ji who was very capable of leading the Sikh nation. On 3rd March 1644 at Kiratpur Sahib his light merged into the Almighty’s light.

Guru Hargobind Sahib ji was such a dynamic personality who instilled strength and courage into the Sikhs at the time when the enemy had claimed that Sikh community will vanish. Under his leadership and guidance Sikh Nation became stronger and more powerful.

Guru Sahib was a great warrior and an epitome of patience and humility. He gave a unique way of life to a Sikh, a life of Sant Sipahi. As a Sant he should always contemplate on the virtues of the creator and should imbibe the divine qualities and annihilate the vices. As a Sant he should have a very high moral character so that he can lead a truthful and elated life. As a Sipahi he should stand for human rights and should raise his voice against any kind of injustice and oppression. As a Sipahi a Sikh should exhibit total intolerance against any misdemeanor. Such a unique character to a Sikh was bestowed by our sixth Guru Patshah Shri Hargobind Sahib ji. 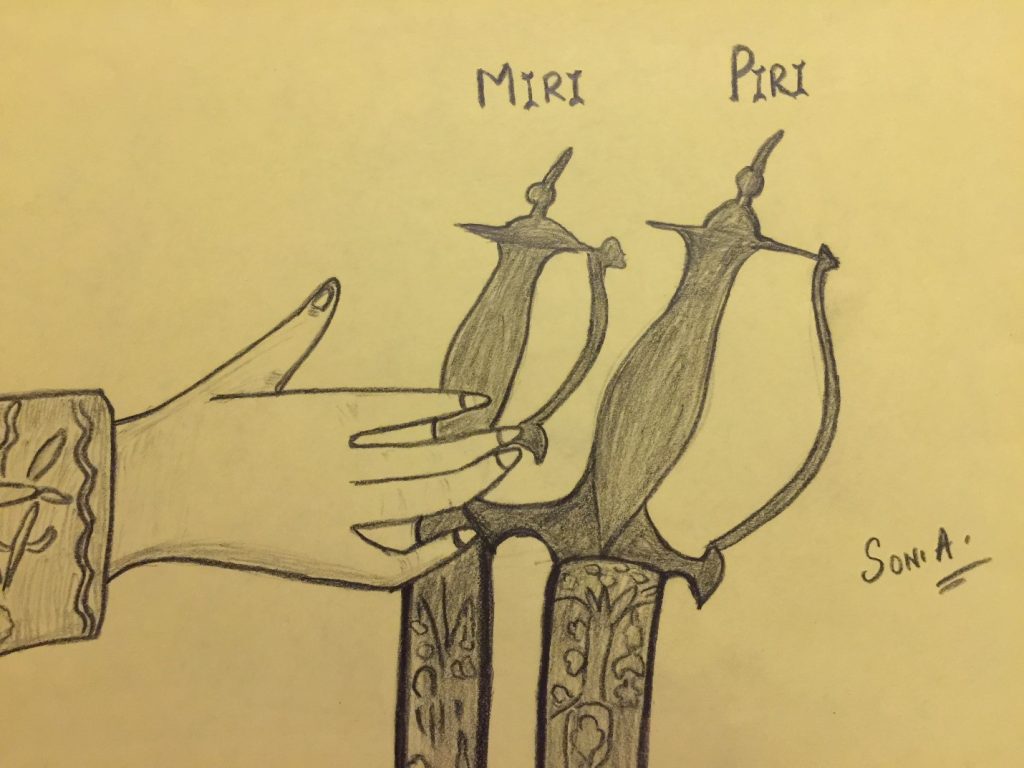 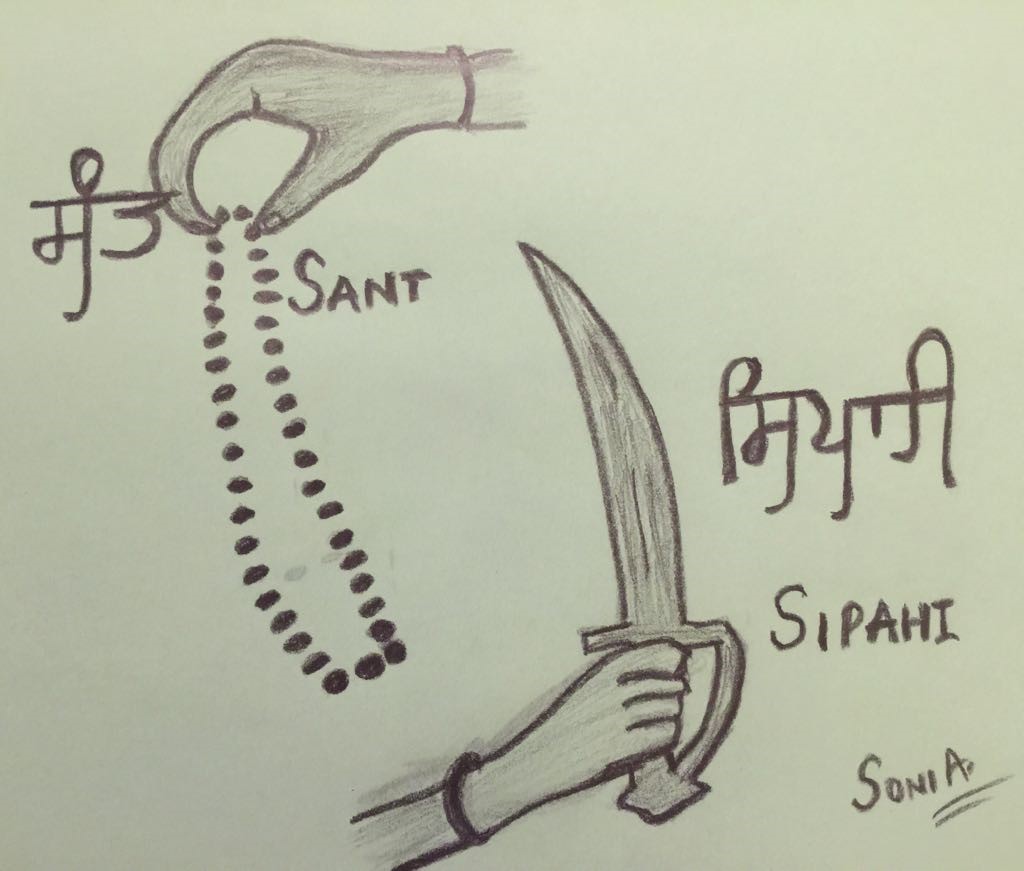 This Page Is Created For Informative Purposes And Is Opinion-Based. Our Intentions Are Not To Offend Or Upset Anyone. If You Believe This Is The Case, Please Share Your Feedback And/Or Suggestions By Emailing Us At [email protected] Thank You.
PrevPrevious articleSach Khand Vasey Nirankar (Sach Khand, The Abode Of God)
NextBaisakhi- The Advent Of KhalsaNext 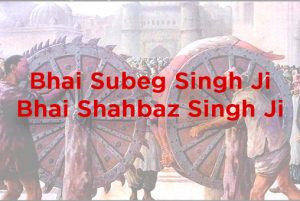 A Tribute to Bhai Subeg Singh and Bhai Shahbaz Singh 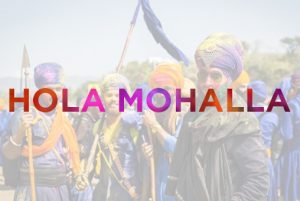